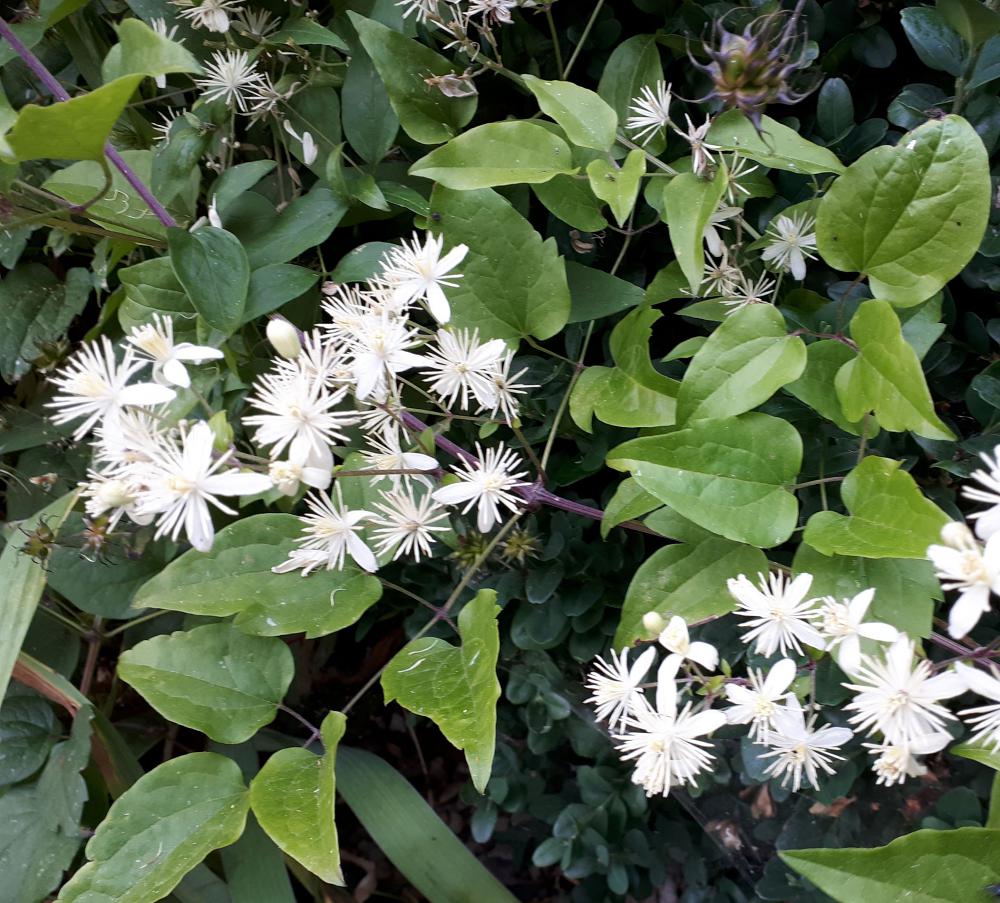 This is one of the showiest late-summer clematis, part of the Vitalba Group (similar to Old Man's Beard): it is also called 'Summer Snow' because of the mass of white blossom it carries.   It makes up to eight metres of growth in a season, and has large, rather coarse leaves and clusters of creamy white blossoms from June to September.