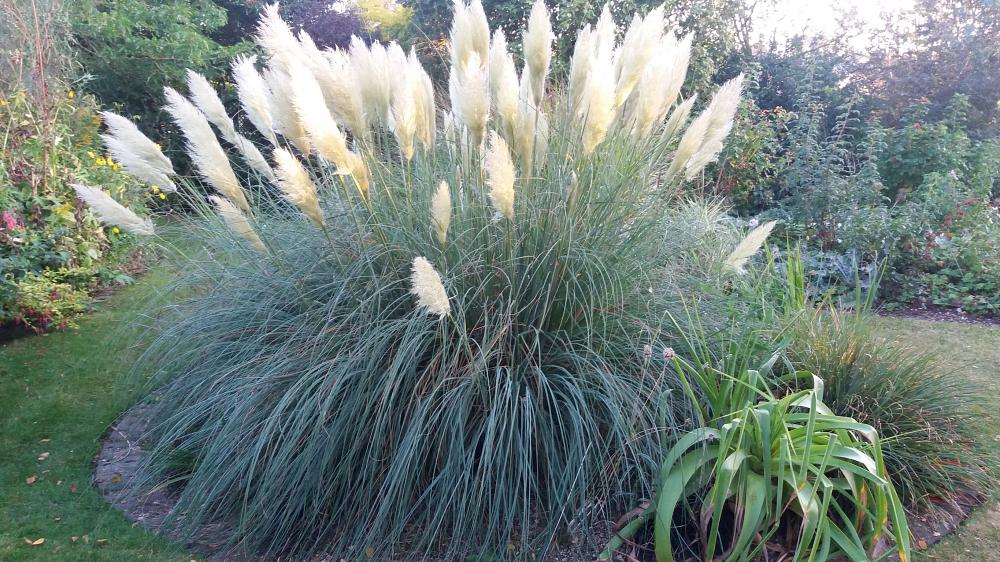 This clump-forming grass is really grown for its dense creamy plumes  of flower: it became unexpectedly fashionable last year when the plumes were used in 'trending' social media posts, and the newpapers reported  pampas -plume thefts from unsuspecting gardeners. It's a plant that seems to attract publicity  - it became notorious when Bunny Guinness suggested that its 1970s popularity was because it was a 'signal for swingers'.