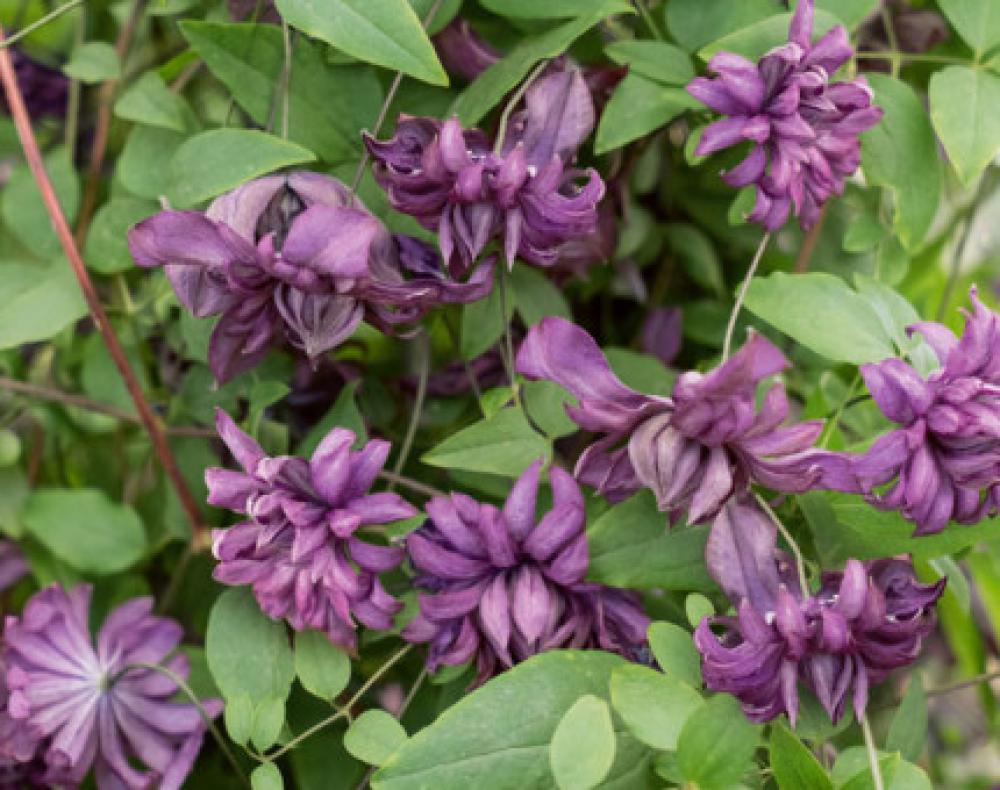 This is believed to be a very old cultivar,  described in the pre-Linnaean  system as C. peregrina purpurea flore pleno in 1623 and the 'double purple virgin's bower' when described in 1629.  It was lost for many years, then reintroduced in 1981 by grower Barry Fretwell and renamed after  Henry VIII's warship which sunk in 1545 and  was raised again in 1982.