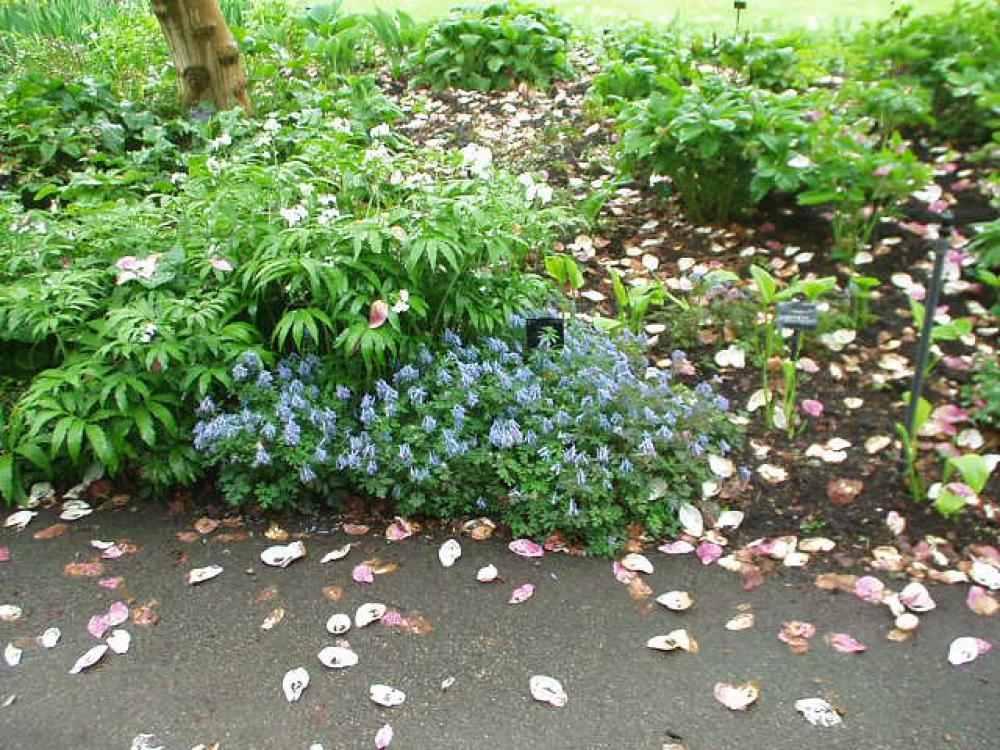 Blue corydalis is a perennial with leaves like a maidenhair fern, usually glaucous blue-green but sometimes tinged with purple; the contrast with its clear blue flowers in spring and early summer is striking, particularly in some of the cultivars like 'China Blue' and 'Pere David'. It dies down and disappears in summer, and is often difficult to keep alive in open ground even in free -draining soil. Some sources suggest that it does best in containers.